Before you go What the Huh? This is a Crossover event with the Team from Diary of a Dorkette.
There is this "Big Huge Event that will tear the Internet in half, fix it with tape and then break it again!" going on various sites (including this one) for an event where the Toyverse is in severe danger. Follow the main Storyline at Diary of a Dorkette. In the meantime enjoy a Side Story that's happening RIGHT HERE! Right now!!

A butterfly flaps its wings in Spain and a huge Earthquake swallows half of California or something... The upcoming Tale is basically the California to Diary of a Dorkette's Spain... Ooh! Butterfly Effect!
Another Time Travel Reference!! So many time Travel References, you could almost sense what this side story is about... Hey! This is the House of rants so you must expect any of the following:
MOTU, Ponies, Turtles, Twilight or Hannah Montana...

Well, the video spoils the surprise with Spector... so, it's a Spector Story.


Watch the video. After you do, scroll down for some behind the scenes stuff. 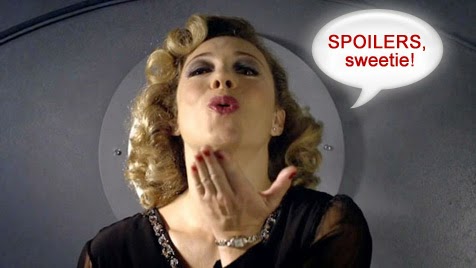 If you have seen the video keep scrolling down!

About the Cast:
With the exception of Edward Cullen ALL of the Characters have traveled through time and/or dimensions. Originally Edward's role was meant to be played by Hannah Montana, but I lost her shoe and I couldn't have a barefoot Hannah that could barely stand up.

Why Hannah? Well, she did go to an alternate dimension in one episode one where she was Hannah 24/7. Sadly she was left out. So one quick rewrite and quick recording... which was even better since my Twilight is awful... My Miley/Hannah makes my Twilight look good!

About the Horrible voiceovers:
I didn't feel like doing caption bubbles for every character and making the video even longer. So, the horrible voiceovers help it have a bit of a Golden Books video vibe to it. (I totally made this explanation up)

Why is the second half with no voices?
Um, didn't I say that the voices were horrible? Be thankful I stopped using them halfway... OK, my throat was getting a bit hoarse and I had to stop.

Where does this stand in the Main story's canon?
That question is the big one. Spector has NOT appeared on Miss M's saga. Why? Simple, he is an External Gazer... (Yes, it's a Metal Gear Solid Reference... The "Snake Tale" involving parallel timelines/universes.) He is forbidden to interfere by A Future He-Man... (Again, Time Travel stories make pinpointing certain futures as canon and other as alternative timelines) He's seen way too many parallel futures where good things and bad things happen to friends and foes, so he began to run away from fate. Running away through time and space allows for some energies to seep through the cracks of space and time.  He still wants to help, but after seeing so much death and destruction; he is not too sure how to help. Through his travels, he stumbled upon a post apocalyptic Ponyville, which has become a Hub (pun totally intended) of interdimensional travelers from different shelves/universes that the Singularity has touched. (Remember the whole Butterfly effect thing?)

So, this story has NOTHING to do with the main story?
To quote big McIntosh... Eeyup! I mean Eeenope!
Argh! What I mean, no DIRECT Ties to the main story. This is like taking Game of Thrones and watching the story of the lad who walked by Arya Stark as she ran away from the events at the Sept of  Baelor... (Also. it's a sneaky way to get a scapegoat on continuity hiccups. Worst case scenario it's also a way to retcon unnecessary stuff. Again, I'm using the  "Big Huge Event that will tear the Internet in half, fix it with tape and then break it again!" Mentality that the big two comic book companies use.)

Will this get a sequel (I hope not)?
There is a possibility of a single story outside of the main crossover; after the main event is over. Nothing as complicated as the original Side Story. (I may need a certain Mattycollector figure that is coming this month and she's likely to arrive around the 29th)

For a non-rant, this ended up with plenty of words, almost like a rant!

Labels: crossover, not a rant