It Came from the toy chest: CAWs are no longer exclusive to videogames pt.4 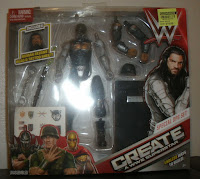 Roman Reigns is here with his Special Ops set...
Which is Basically Roman Reigns in Futuristic Riot gear with alternative Cybernetic Arms and a gas mask and Helmet...

Articulation:
Literally the same as past Caws.
Right out of the bat I must point out that THESE FIGURES have a LOT LESS Articulation than the elite Figures. No thigh cut, ab crunch, single joint knee, no bicep cut... They're like the Basic figures for kids. but semi modular parts. 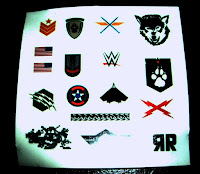 3.0 They are great for standing around, but these ain't WWE Elite figures, so poses are limited... 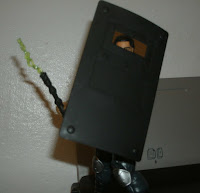 It's odd, but Roman Reigns doesn't suffer as much from missing paint applications... Maybe the cyber arms being molded gray without a silver wash can be mildly offensive, but he has plenty of silver accents to break down the green. As with other figures, the sculpt is functional, but not amazing. He doesn't look a lot like Reigns to me... He Kinda does, but is not as recognizable as say, Stone Cold.
3.5 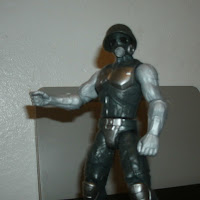 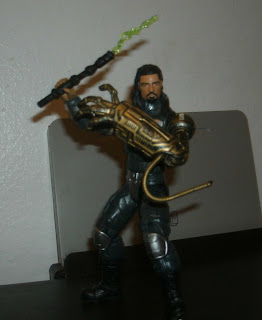