OK, so November, 2014's Holiday Item, December, Q4 Large Scale Item ($38) for Club Eternia and the November and December Club Etheria figures will be revealed at SDCC 2014. We know that 2015 has 12 figures, Sub Exclusive (hoping for Despara) 4 Extra Items (2 $52 Items, 1 $26 Item, 1 $42 Item) and the Holiday Item.
These are the Figures we're missing from the Vintage MOTU and POP Lines:
Great Rebellion:
Angella
Mermista
Perfuma
Peekablue
Spinnerella

22 individual Slots will be taken. We have 24 slots not counting the SDCC Exclusive and possible Chase figure and traveling Con Figure. Which ups it to 26 slots.
The 2 $52 slots are obviously two packs so we can free 2 slots because 2 two-packs = 4 figures. so we free two slots of the 26 slots available. Here's hoping that the Energy Zoids (Rotar and Twistoid) are the 2014 Holiday Item to release an extra slot out of the 26 slots available.

This will make sense in a little while, bear with me... So let's correct the list.
Great Rebellion:
Angella
Mermista
Perfuma
Peekablue
Spinnerella

Now we have 19 used Slots if we put the variants in 2 packs and the Zoids in a 2 pack.
That gives us Seven Slots to use... Now we're getting to the main point of this rant: Who are my TOP PICKS for these "Sensational Seven"
So: Q4 2014: $38 Item is still a mystery. I still have to figure out the $42 item  from 2015 and the $60 2015 Holiday Item. Remember that I'm assuming the energy Zoids are the 2014 Holiday Item... Rumors suggest something from Under the Sea that wants to be Part of Your World...

So, let's start with the $60 item... Fans have been Speculating things like Slime Pit, or Battle Ram (Full or just the Butt of the Ram) Personally I BELIEVE it might be Multibot, but let's assume I'm wrong and the $60 item is something else. 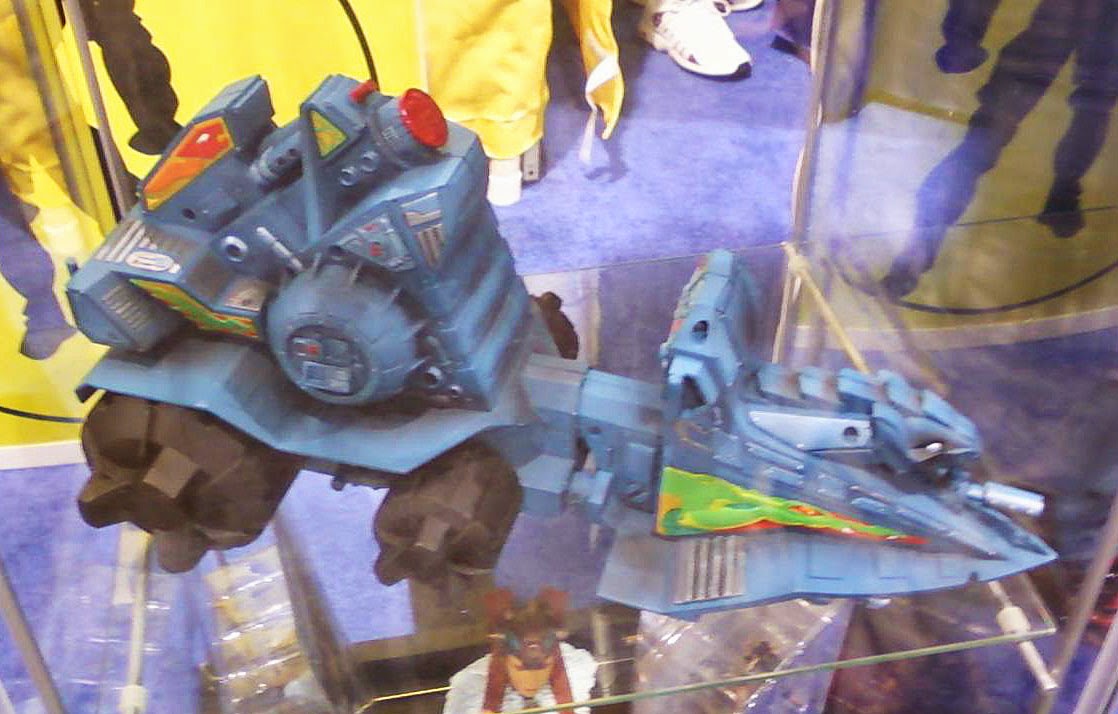 IF we get a vehicle in the Sub, I hope it's the FULL Battle Ram. I missed out on Sky High and the Incorrectly named Jet Sled. I want the Full thing, not because I missed out on the sled... and let's face it. Having the Butt of the Ram WITHOUT THE SLED makes no sense. It's like Getting Tuvar without Baddhra.
(OK, I ordered one Yesterday through early access, but until I don't have it in hand, I may have well say that I missed out on it. Matty/DR scare me with the PR shipping issue. One day I'm an American Customer, the next I'm international, then the following Matty doesn't send items to PR... It puts me on edge.)

Then there's the whole Color Matching. Mattel can't seem to be that good at color matching. We see it in NORMAL FIGURES that are not Collect and connect. Expecting the 2013 Sled match colors with the Back end from possibly 2015 is Ludicrous... because it's Mattel. (And I expect the deco to take a hit based on 2014 experience) Now people might say, but it's too expensive. I say: Mattel has tooled Half of it already, so it counts as PARTS REUSE!! Besides, the Battle Ram may simply be two hollow shell pieces put together and 4 wheels. (I don't expect spring loaded missiles here) Remember that the Jet Sled was "$25" in 2013 and the difference between $25 and $60 is $35... It might be doable.
So, this is my First Entry on the Sensational Seven: Full Battle Ram

The 2014 Q4 Item: We know it costs as much as a Steed... As seen with Battle Lion.
So, who could be the Steed... Let me Manage Expectations: No Mantisaur, Battle Raptor or Stridor/Night Stalker... I expect a Cat or an Organic Horse here: So basically ANY POP Steed:
Arrow, Storm, Crystal Moonbeam, Crystal Sundancer, Spirit (if we are lucky) and Clawdeen)
I'm leaning more towards a Horse, because we've used the cat buck 3 times already.
I want Clawdeen above all, but I don't see them doing Battle Lion and Clawdeen in the same year.

Entry 2 to the Sensational Seven will be Storm (or it's Silver Variant) The reason for this is to balance out the Steeds on the POP Side. She-Ra has Swift Wind, the Horde has Nothing... Sadly, Rumors say that We're getting a horse who only allows VERY HETEROSEXUAL MEN to ride them.

It seems that an overwhelming majority of fans believe that Multibot is the $42 item in 2015... I think it's the $60 item, but let's go with the flow and "accept that". That leaves 5 Standard Sized Items for the rest of the Sensational Seven: I'll use Mattel's idea of taking Key characters from non Vintage MOTU and POP to fill those slots.

So, here's my final Five:

Dare and Skeleteen: I LOATHE them, but I mentioned before that the whole KEY PLAYERS thing allows the Guru to Sneak them into the line BEFORE 2016.

Despara: I've mentioned her a few times already, but she is the final piece on the Sensational Seven.

These picks are pure speculation and may be completely wrong... In the case of Skeleteen and Dare, I HOPE I'm wrong. then there's the rumors of a mini sub if 2015 makes it, which would give us more slots. The point is that 2014 SDCC will be super exciting!! We'd be able to guess most of 2015 by then... except the surprises, of course.
Posted by Nefty at 11:14 AM