Ah, so it's time to look at a PoP character and how she COULD be classicized in MOTU Classics.
Obviously, the title spoils the character: Perfuma.
She is the Girliest character in the Princess of Power line... I mean look at her! 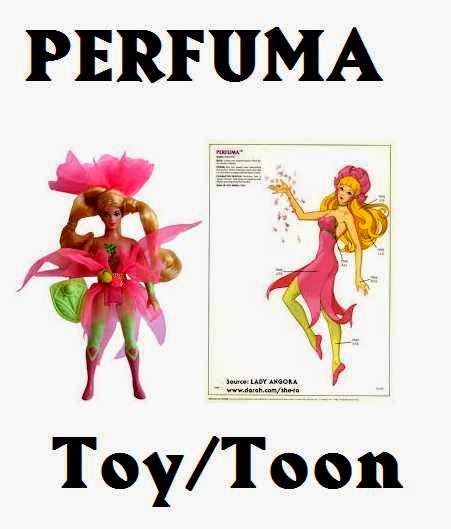 Try to sell this character to the hardcore Vintage MOTU Fan... The type that discards anything after waves 1&2 and totally LOATHE Filmation.

Her ultra girly look may be a bit of a turn off to those who prefer Barbarian Fantasy. Mermista can be used as a Mermaid, and that can pass in Fantasy... Perfuma, well, she needs a little help

I trust the Horsemen, it's Mattel design who I don't trust.
Now how can we make her awesome?
I mean aside Flowers for Hordak, the only other Appearance of her that I know is The Christmas Special... *shudder* Yes, I shuddered for real when I wrote the Christmas Special Reference. I recalled the horrible song...

So, What did I learn from Flowers for Hordak? Mermista may have a thing for Bow, but Bow knows better. Thanks to Perfuma, Bow got Lei'd... So did a Horde Trooper and Even Hordak got Lei'd... Also, Light Hope is a bit of a dick... He's all: "She-Ra, stay in the woods, screw Perfuma!" Instead of being. "Don't worry about Perfuma, she can take care of herself. Hell! I bet you a hundred that by the end of the episode Hordak's going to be begging for you to take Perfuma!" Cause she's worse than the Annoying Orange. Also the whole Tree being limp but then Glimmer Flashed them and it got hard... I'm not even going to touch that...

It's not simply her actions on the show where Perfuma's badassness lies. Hordikins? dancing with Horde Troopers, looking like she's been smoking some wacky tobacky... Conga lines on the Fright Zone!? It's almost as if my twisted toyverse is canon!!

She is a Plant Elemental. Kinda like Mossman, but more pleasing to the eyes... Like a Heroic version of DC's Poison Ivy. She pretty much terraformed the Fright Zone into a more appealing place. Not to mention that she took on the Horde on her own, won, and made Hordak cry like a baby. THE EVIL RULER OF THE EVIL HORDE REDUCED TO BAWLING LIKE A BABY! That is how powerful Perfuma is. This is something that the Bio Team should emphasize. Not Hippie Girl with flower powers who acts all ditzy and is unaware of her surroundings.

She is banging to the beat of her own drum. She is incredibly eccentric as she is powerful. Sure, they could use the pacifist approach and use her powers to subdue her enemies... Think about it. Second Ultimate Battleground. she's battling Entrapta who grabs her with her hair. Perfuma then grabs Entrapta with Eternia's version of poison oak...
(I almost expect her to kill Evil Seed in her bio and surpass Mossman, cause Neitlichverse!) Taking the character into a more serious direction is possible and necessary to make her more appealing to non-POP fans.

Now WHICH Design should the Horsemen look towards. I mean, Glimmer, Catra and She-Ra are Filmation-like. Bow is a Hybrid between Filmation and toy. Entrapta is mostly Toy... Where should Perfuma lean towards.
Part Reuse would point towards Toy, but Personally, I'd prefer a more Filmation look. Her Toy Dress would limit articulation a lot more than Nettossa's dress and that's a big no-no.
Now Accessories, I expect the PoP Shield. Vintage Perfuma had some kind of Backpack with a Blooming Flower action feature. Turn the Sucker into a Flower Bazooka, or just go for the Generic Rose Thorn whip... Or even better, both the Bazooka AND the thorn whip.

She is a Mystery, that I hope it's solved soon enough... 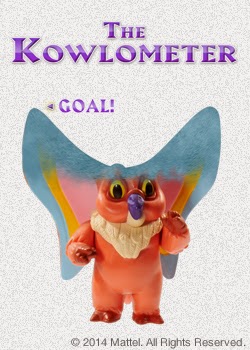 Kowlometer Update for the 31st of July!
We have Reached 68% and that is good... We need 32% more to reach our goal! We have roughly less than 18 days left before reaching the deadline or the 32% needed...
Posted by Nefty at 2:34 PM