Pic comes from The Mary Sue... And it has had criticism from SOME Feminists... The boots, the "Loincloth" style skirt... Why isn't she wearing pants!? I facepalmed, hard... It's almost as if they've never seen She-Ra before and are completely clueless about her.

I have a few issues with her new costume. Some may seem like nitpicks, but others are pretty obvious. 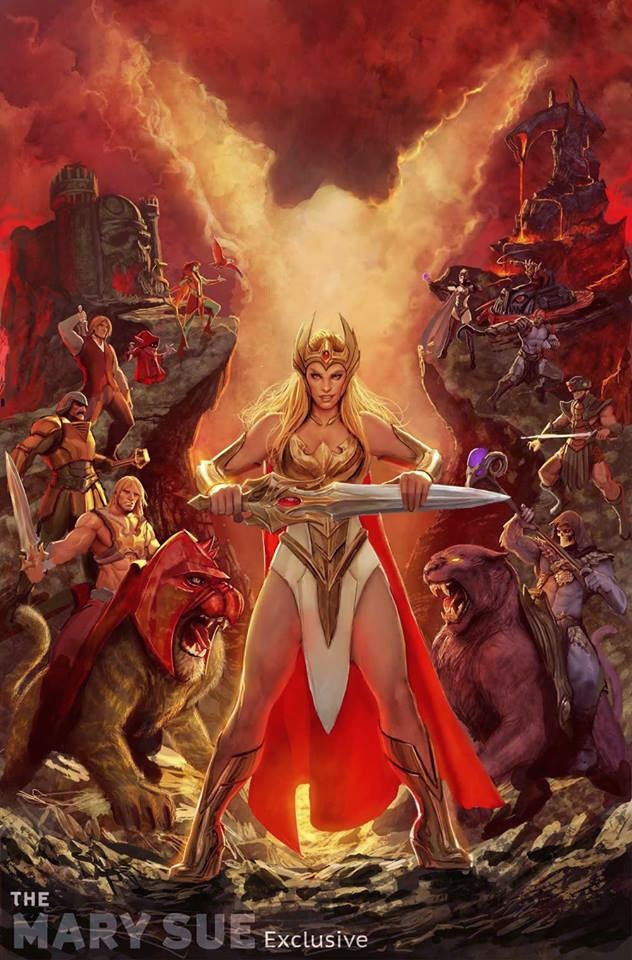 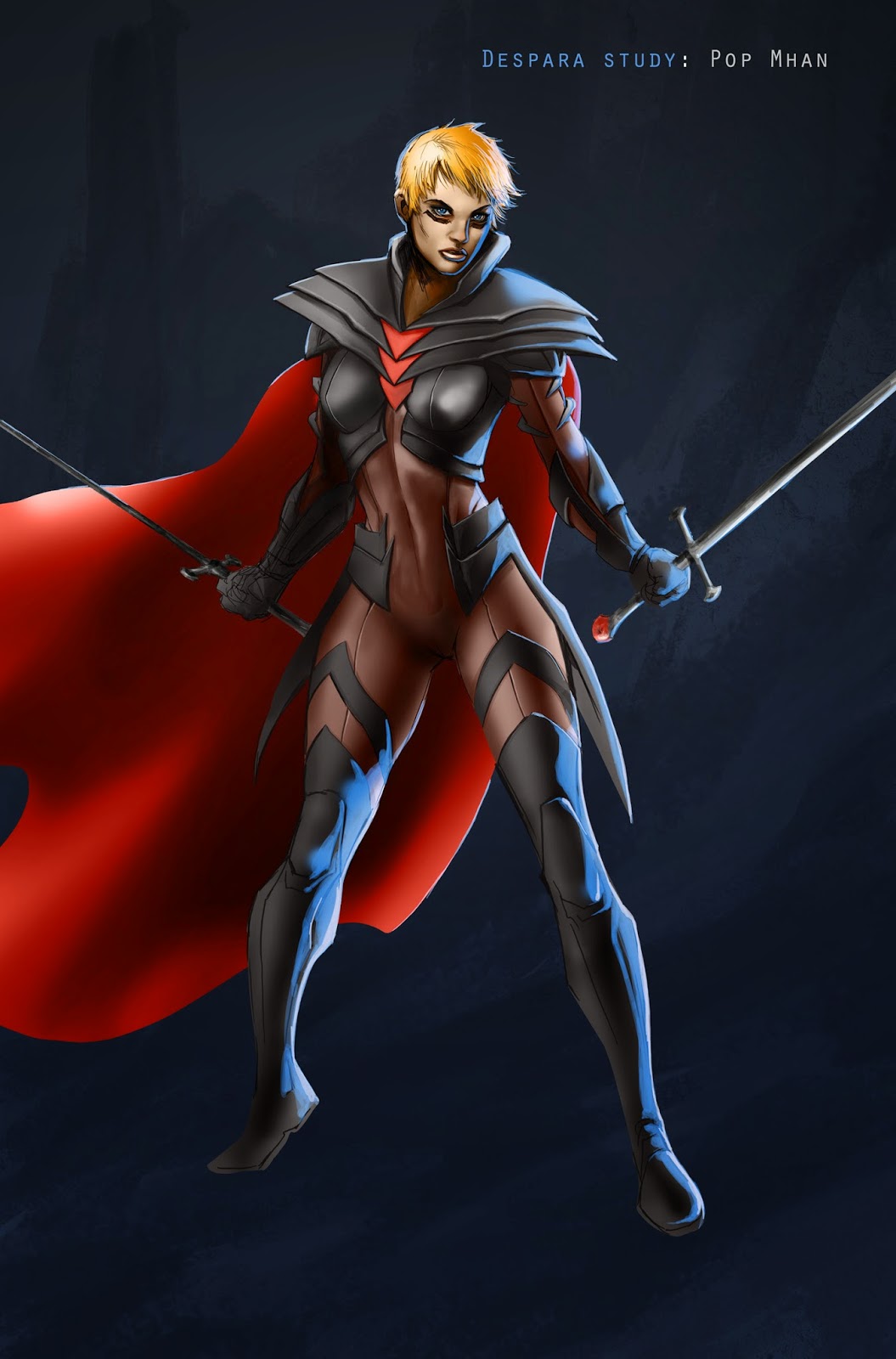 It reminds me a lot of the Despara suit, but with She-Ra elements. I know it's not the same, but they have something that makes them feel like two outfits from the same person.

One thing I noticed is the lack of She-Ra's crest on it... There seems to be no signs of the Filmation "Weed" nor the Vintage Toy Pinwheel, uh thing. Without any of the She-Ra Symbols, she could be Generic Valkyrie # 45 with a She-Ra inspired Palette.

That Sword of Protection is FUGLY! And I mean, it makes the 200X Techno Sword when it opens up to kill snakes mode kind of ugly look like a beautiful blade. The NU 52 He-Man sword is OK... It has the H (now a symbol of Zoar) and it's reminiscent of the Vintage toy sword. Adora's looks far too busy and not a "sister sword" to He-Man's.

I for one, am Glad that her Skirt has nods to the vintage toy! But I LOATHE that Torso Armor... It looks more like the Phoenix Five Emma Frost armor (with skirt) than a She-Ra armor. Glad she isn't wearing pants!! Everyone knows I hate pants on He-Man and Lion-O, so She-Ra joins the club... I don't mind pants on Adora, or Adam though...

Also, I DETEST the Bracers, because they're too long. So, on a scale of 1 to 10 where closer to 0 is bad, I have to say a 6. Don't get me wrong, it's one of the better redesigns, but I wish it was a bit more She-Ra-Like. Sad part is that I KINDA want a Classicized NU52 She-Ra and He-Man (Before he wore the Ironman pants) because they would work as cool looking toys.