After a nice cup of tea with scones... Something I haven't had in ages, except when I had British Roomies... So I can drink tea like an Englishman... so any lonely alien madmen traveling inside a police box who need a sidekick, I'm available!
While it's more fun to be a Doctor Who Fangirl, we have two problems:
1: This is a MOTU Rant
2: I don't think I can pull off the "girl" part of Fangirl...

So, Plundor! He is one of the Controversial 2 of 2013. He appears on Episode 19 of the Filmation Masters of the Universe series. He's an Independent villain (non-affiliated to Skeletor, Hordak or any other evil faction leader.) from another dimension. He looks like a Pink Bunny... That is the MAIN cause of discord among the fandom.

OK, so what's the deal with this guy. We KNOW he looks like a pink bunny. I already mentioned in a previous rant that he loots planets for money... Spoiling planets for cash... Plundor: the Spoiler... get it?

The reasoning behind his appearance (and high pitched voice with a slight lisp) is very simple: 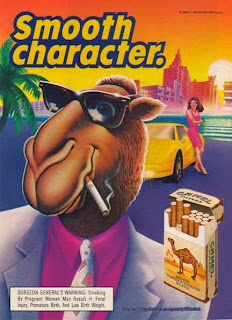 Why is the guy in this picture so despised. I mean he dresses like he was from Miami Vice, has a fast car like Magnum P.I.
He has an attractive woman next to his fast car while the sun sets on a 1980s Miami-like city... Hip clothes, cool car, attractive female companion? I'm so smoking a pack of Cam... wait a minute! The Cool Looking Cartoon Camel Almost made me smoke!!
So, we can say that Joe Camel is some sort of "wolf in sheep's clothing" in order to get more money for greedy corporations.

Plundor is basically a Corporate Mascot who ruins and spoils everything in his path in order to get Money.

Where have we seen that before? 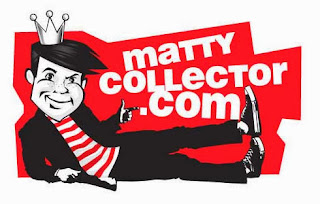 I'm not saying any names... But seriously, WHY would Mattel choose to make a character that is mocking corporate mascots and capitalism to make as a character!?  Did they miss the point of Plundor?

Eh, I think they expect us NOT to notice the point on Plundor... The Seemingly Harmless Pink Bunny who'd do anything for cash... and he WOULD do that...

In any case that is pretty much Plundor. He is not the worst possible choice to have as a character in MOTU Classics (There are far worse choices... *cough*Nepthu*cough*)
At least Plundor has enough Material to talk about... Had this been about Standor, well, that would be a Short Rant:
"Stan Lee's Ass, Meet Mattel's Lips!" The End! or ~FIN if I wanted to be more Artsy...