Or Father Christmas if you're on that side of the globe... Speaking of which,
Christmas also brings the end of the Eyebrowless Raggedy Doctor... but that is not what I'm going to rant about... It's Selena Gomez... and her Thanksgiving Outfit... 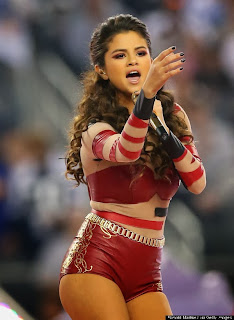 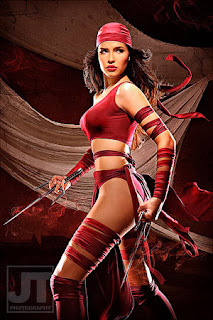 Does this Outfit seem familiar?
I can't quite put my finger on it, but I could swear that I've seen an outfit similar to this before.
But Where, where where have I seen it.
I can't seem to wrap my mind around where so I'll just leave and read some comics before...
It's Freaking Elektra!!
Seriously, look at your left, then your right, now back to me!
Sorry, I got carried away on the Old Spice joke, but seriously, that outfit screams ELEKTRA more than Ben Affleck screams "I'm Batman!" and I know I may get a ton of flak by saying this, but Selena Gomez looks a million times better as Elektra than Jennifer Garner... 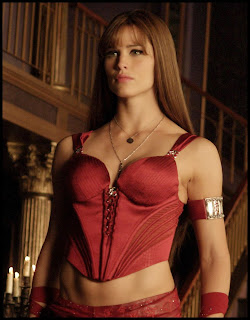 In other news WATER IS WET!! OK seriously, there is a study that proves that Cats don't give a damn about what we say to them. That's why huminz hab their revung with lolcats... I'm kidding with the LOLcats thing, but cats tend to be indifferent to us most of the time.

In the game of Lions you win or you die... Apparently to become a Lion King, it's a bit more like a George R.R. Martin book series than it was on the Disney movie.

Sparkules... The Legendary Journeys... I mean the Legend of Hercules: Starring a Sparkly vampire

Let's get this out of the way... It reeks of 300 + Gladiator + God of War... and when you try to combine too many cool things in a hodgepodge you get crap about half of the time... I fear that is what's going to happen here. Not to mention that they've got some titanic competition from another Hercules movie...

IF YOU SMELLLLLLLLLL WHAT THE DEMI-GOD IS COOKING!!

Speaking of The Rock... you know that he did a Fast and the Furious movie, right? Well, Apparently, Paul Walker is dead. What makes things a bit more disturbing, The Cause of Death: Car Crash...
I mean, of ALL THE WAYS HE COULD HAVE DIED The guy from The Fast and The Furious dying on a car accident seems like one sick karmic joke! Best wishes to his family in these tough times.
Posted by Nefty at 12:02 AM