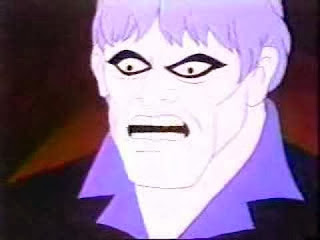 He kinda looks like the Super Friends version of Solomon Grundy.

I mean, Click on the link to open it... Go back and look at the Grundy pic on the left.

Can you see the Resemblance? 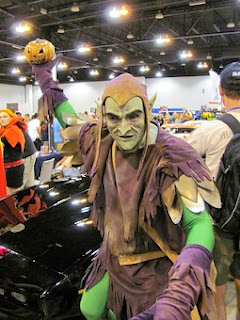 Why is it TOO FREAKING HARD TO MAKE SOMETHING CLOSER TO THIS!?

OK so we can change the Spandex to something to look a bit more armored, but keeping the Goblin Elements...

OF COURSE THE MASK IS FREAKING SILLY!! Norman is supposed to be Freaking INSANE!! With the Appearance of a Costumed Crime fighter and the Menagerie of FREAKS showing up (in this case Lizard, Electro and Rhino) 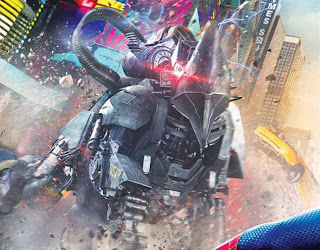 I mean, it's the only way they could have done Paul Giamatti without it looking Incredibly Ridiculous...

Then again, I can see another thing instead of Rhino. He reminds me of a super bulked up Crying Wolf 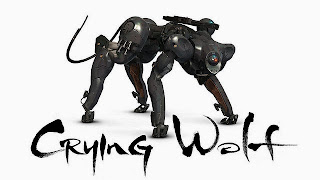 I've already ranted about how much I dislike The Ultimate Electro

I still stand by my opinion... The whole Hoodie look is a bit lame. There's a pic of Electro wearing a special suit, but it's mostly black... BLEGH!!

So fans did a few manips and some gave him the Classic colors... You know what? I LIKE IT!! 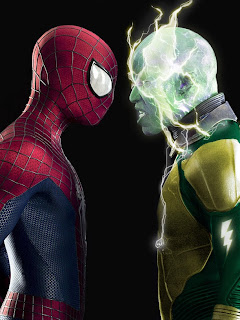 Yeah, the Green and Yellow might be a bit corny, but we're dealing with a movie about a guy with Spider powers who wears a RED AND BLUE BODYSUIT... WE ARE ALREADY IN CORNY TERRITORY!! I love how the fan who made this Photo Manipulation added Energy in the classic "Starfish shape" to create his "mask". Sadly, this cool take on Electro won't happen and we'll be stuck with the monochromatic movie version... 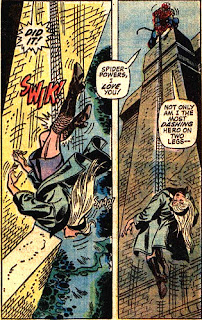 On a more positive note: If we have a Goblin and we have a Gwen...
I guess we are going to see Gwen kick the bucket!! Goblin Induced death, as it should be... but still, that Goblin looks like Solomon Grundy instead of the Green Goblin... What's Next!? Mysterio WITHOUT The Fishbowl?

Nope, Not Mysterio Sans fishbowl, but THE Trailer itself!


And of course I'm going to rant about it!!
I want to Johnny Cage everyone involved with this movie.
OS-Freaking-CORP is behind everything and that plainly sucks ass!