How did we get here? His mother's name is Marthaaaaa!!
Apparently it's official Robert Pattinson is now Batman.

Here's the thing Robert Pattinson is a decent actor. Yes he was in the crappy Twilight movies but he has two other stuff as well. Besides it's not like this is a first what were they thinking choice. Heath Ledger, Michael Keaton, Gal Gadot, Robert Downey Jr., crisp rat, Dave Bautista, Ryan Reynolds, even Chris Evans, and Ben Affleck were all "problematic choices". Some of these factors gave amazing performances in their new roles others well we all saw Green Lantern.

Can Robert Pattinson pull off a decent Bruce Wayne?Maybe. I actually trust him more to do a decent job as Bruce Wayne than the wanker that's going to be playing He-Man.

The thing I want to talk about is the rumored villains...

Based on the hint I dropped yes Catwoman is one of the villains that's supposed to appear in the Batman.

The other, well the other one is very problematic... or at least the ideas of genderbending him to have terribly unfunny Melissa McCarthy waddling about in a tuxedo.
People are considering gender bending the penguin just to have Melissa McCarthy in it...
There is no face Bob hugin off do describe the disappointment that people even thought of that.
like hello it's current year! Having a privileged white male beating up women is just problematic, misogynistic, classist, sexist, and even body shaming, because curvy women have feelings too! Do they even social justice?

All jokes aside gender-bending racebending it's a cheap and lazy move. it shouldn't be used and I mean it in all ways: changing minorities to white or changing whites to minorities it's not cool! Penguin should be a White overweight male, Lucius Fox should be a black man, etc.

Grumpy cat has passed away...
My condolences to the family.
If I may, I would like to say a few words... 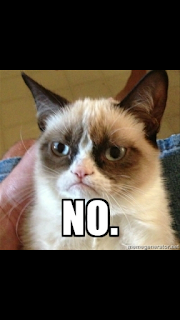 
Snake Mountain update:
We have 13 days to go. There are still a few International options that haven't been locked down. Whoa, we're halfway there... Whoa! Living on a Prayer!
55% of the total... it's not so bad, but there's still that 45% to go... I'm I freaking out? Yes I am freaking out! 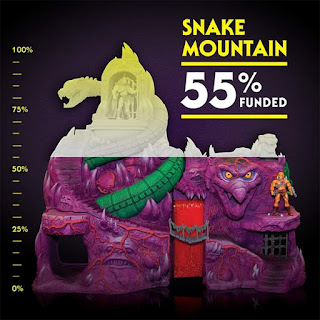