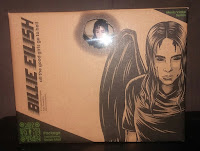 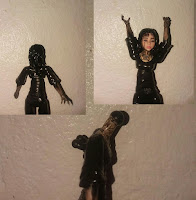 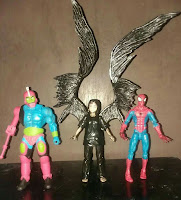 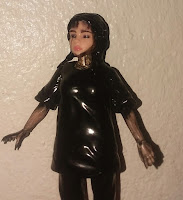 Accessories
Wings, stand, eco-friendly display box.
I know that there isn't much you can do with a Billie Eilish figure.
N/A
Overall
Billie Eilish figure gets a 3.25 as her final score. This is mostly due to Playmates Toys being weird. Had Hasbro or Mattel done this, the toy would be much better. It's a nice oddity to have, but sadly it can't be displayed with anything... Avoid like the Plague.
Posted by Nefty at 7:36 PM