It came from the Toy Chest: Playmates lazy Cashgrab dudes! 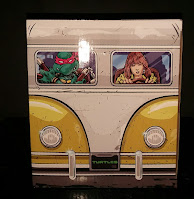 The Wal-Mart exclusive Mirage Comics inspired 6 figure set dropped at my mailbox this afternoon. At $40, each figure is roughly $6.66, which makes these a set if SUPER CHEAP TMNT items, especially compared to NECA and Super7.
The set contains 4 turtles, Shredder, and Splinter. The Turtles are redos from their previous "comic book set". Splinter is a repaint of the 1987 figure with a new robe.
Shredder is a modified 1987 figure.

Articulation:
The Turtles have awkward articulation: pseudo balljoint shoulders, elbows, hips and knees.
Splunter has cut joints on head, shoulders, wrists, thighs, and tail.
Shredder is similar to Splinter minus the tail and instead has a pseudo balljoint on the thighs.
Turtles: 2.5
Splinter: 2.0
Shredder: 2.0

Paint and sculpt:
Paint applications are minimal. They are mostly effective... aside one Horrible Mistake being purposely perpetuated. I'm talking about the eyebrows over the head. The sculpt of these figures is not new since they are repaints of past versions.
Turtles: 3.5
Splinter: 4.0
Shredder: 3.5

Overall:
The Turtles get a 2.67 as their final score. Splinter gets a 3.67 as his final score. Shredder gets a 3.5 as his final score. Poor articulation for 2020 standards and awkward sculpt, paint, and accessory choices hurt the figures. The entire set gets a 3.28 as its final score. But I'll add a point for the nifty case it came with.
4.28 is my final score for the set.  it's very obvious that you believe me just doesn't understand their target audience. I regret helping Playmates not understand what they're doing wrong. This is a nice novelty, but for the holders of the Master License for TMNT, their product is underwhelming. I KNOW they can make decent product, but for some reason they don't... they missed an opportunity when they cockblocked NECA last decade. And rereleasing repaints and redecos will not help them het better. 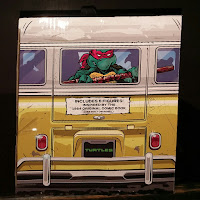 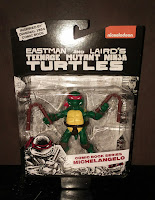 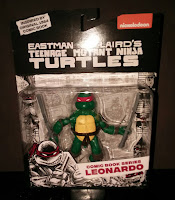 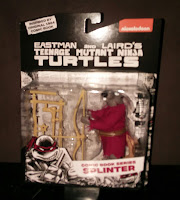 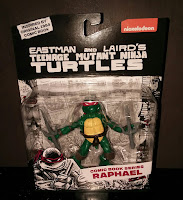 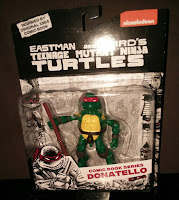 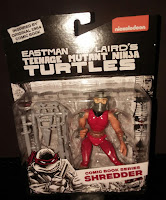 The toys are more for kids than for collectors, but at the same time Morage Comics stuff isn't exactly kid friendly. That's what I meant by Playmates not understanding their audience.
You either love this set or hate it... there is NO Middle Ground. And despite my complaining, I actually love the set, with shredder (eyebrows aside) being the best figure of the set.
Happy 2021!
Posted by Nefty at 11:52 PM