NECA is doing a Mirage Casey

The Toon Casey has eluded me and with each passing day, it's becoming more impossible to obtain... but There is a Substitute Casey that might be even better than Toon Casey... Of course I am talking about a Mirage Casey!! 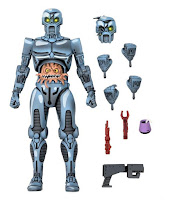 Aand I uploaded the wrong photo. The Utroms are coming... with an exosuit version. Get a couple of them for a Mirage display... wonder if we'll get new Mirage Turtles, preferably based on Issue 4 artwork. (The one used on the OG NES game cover art) It looks nice, not going to lie, but I'm more of a Toon versions guy. 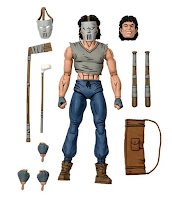 I'm a bit disappointed that he doesn't have enough extra hands like his cartoon counterpart. What is pleasantly surprising is that he's NOT a repaint of the Toon version. He seems to be a new sculpt and it has an unmasked head. I hope he gets some more hands.