Spike, I already made the reference in the title so no need to post the video. so, let's start with: 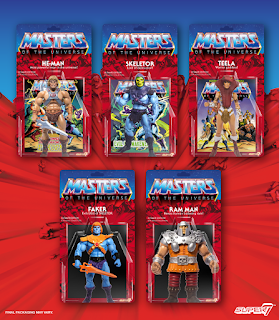 That's a Mock-Up of the Ultimate MOTUC Cardback...
Now what's the most appealing thing on it?
Red Meteor explosion on a blue Background... THIS IS WHAT MOTUC SHOULD HAVE LOOKED LIKE IN THE PROPER CARD BACK. The "Mini comic" is a card with a Bio. Will it be the Neitlichverse Bio, or something new? I don't know. The back of the card will be inspired in the vintage Toy back of the carback.
Super7 is doing what Mattel should have done since the beginning. I bet Someone who does nocturnal things with his tongue is expecting me to say that he sucks, but I won't do that... No I won't do that! So, sorry! No jab against thee this time!

I'mma let you finish, but Britney Spears had one of the best mental breakdowns of all time!
Well, EXCUUUUUUUUUUUUUUUUUUUUUUSE ME, Kanye! I thought yours was better!
Yup, that's right, the insufferable Kanye West-Kardashian was hospitalized after "acting erratically"  which makes me wonder, what is acting "erratically" when you're Kanye Freaking West?


Even though he's an insufferable douche nozzle, I hope he can recover.

Mark your Calendars: December 21, 2018: Avatar II is coming... For reals this time... or is it? Seriously, Will James Cameron Finish Avatar before GRRM finishes A Song of Ice and Fire?

So, I caved in and bought a World of Nintendo Metroid Figurine by Jakks Pacific. Normally this would warrant an It Came from the Toy Chest, but since it's an Unarticulated Statue, it fits the Odds and ends.


Yes, I got it just to be a random creature hidden within Beastman's menagerie IF Snake Mountain indeed happens. 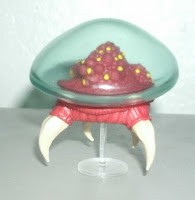 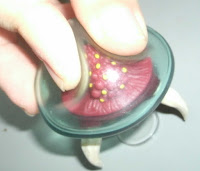 the curious thing about it is that the membrane covering the nuclei is made of soft translucent plastic and it can be squished.

Since it's a "statue" I cannot rate it as a normal figure. But it makes a great accessory for the Figma Samus... Which I don't have.