Netflix CGI "He-Man" is NOT MOTU and that is problematic.

The end product can be good and enjoyable, but it is NOT MOTU. Before the people with Mint on Card brains begin to comment, let me reiterate the point.

Netflix CGI He-Man is a bad adaptation of He-Man. The end product MIGHT BE a good entertaining show, but AS A HE-MAN SHOW it already failed since it BARELY resembles what a He-Man show should be.

The fact that Mattel had to change SO Much of the MOTU Essence to produce this shows that they don't truly believe in the property.
So, Barbarian Fantasy is no longer popular... let's go full sci-fi...
OK so not completely sci fi... dystopian Steampunk fantasy then...
But these guys are all adults... we need to fix that because kids only love shows where kids are the protagonists...Much better... They're all teenagers fighting the evil adults, because Adults are Bad... This is sounding like Disney Channel shit...But it still is not fair that Only He-Man gets to transform. How can we use the Magic of Friendship 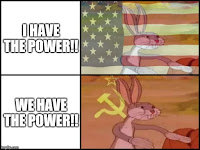 And not only that... 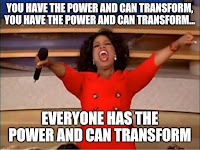 For some crazy reason everybody can transform, including the bad guys. This robs He-Man of what makes him Special.
Sure, they "get different powers" when they transform, but it still is a group of transforming teens that battle monsters... Where have I heard that before?
I know I could've used Sailor Moon or Zyuuranger, but since this new He-Man is a mockery of He-Man, I used a mockery of thw sentai genre.
Everyone knows Adam is He-Man, this removes ALL Tension whenever there's Trouble around Adam.
Still Don't get it? Let's try to simplify the issue:
OK let's say MOTU is a Cheeseburger...
Let's take the Cheeseburger, which is basically:
Beef patty
Buns
Cheese
Ketchup
Mustard
Mayo
OK you're visualizing the cheeseburger...
Let's take the beef patty out because no one likes beef patties anymore and replace it with a mushroom and soybean patty.
Let's remove cheese, because it can be considered "offensive" and replace it with sliced tofu instead.
Mayo is too "straight white male" so let's replace it with a more "racially diverse" hummus. Bread is too masculine, so let's use a Tortilla instead.
Ketchup and Mustard are boring on their own... let's use Cocktail sauce (which is ketchup with Horseradish) and let's use brown mustard instead of yellow.
I can tell you the "new Cheeseburger" is fucking tasty but "is it a cheeseburger"?
Sure, some may argue that there is a patty and melty curd product with some condiments covered by a flour based product that allows portability while consuming the meal.
Others may argue that the lack of buns, meat, and cheese means that the delicious meal presented is NOT a Cheeseburger.
That is the issue. This Netflix show IS NOT MOTU. BASED ON THE TRAILER, SINCE THE SHOW HASN'T COME OUT YET. I have to specify this since Idiots would spam this with comments about not watching the show, when it's literally impossible for me to watch since it hasn't aired and I'm talking about the Trailer. Also, I'm not judging the show on any metrics aside from how Un-MOTU it is.
Now, base on the trailer, It just feels like your run of the mill teen team adventure show. I want to say that there is some originality involved, but it kinda feels like it was designed by committee using focus groups with no idea what MOTU is.
Sure you can replace the Barbaric elements with Cyber/Steampunk Dystopian Fantasy elements. You can even have "Teenaged Masters". The issue is that NOT ALL can be teens. You still need Mentors for Adam. With MAN-AT-ARMS being close to Adam's age, the Master/Apprentice Dynamic is lost. The Adam/Teela Best friends dynamic is lost because Adam's new best friend is Ram Ma'am...
The "secret" is gone. The one thing that put a strain in Adam and Teela's relationship is gone! How important is this aspect? Literally the reason we have Silent Bob's MOTU is dealing with Teela discovering the secret when Adam Literally DIES in a desperate attempt to save Eternia.
But the problem is that this team has picked apart and replaced far too much stuff that it doesn't resemble MOTU at all. Sure we have the character names and places (kinda), but that's it. Everything else is a rip-off of other popular stuff...
Yes, I'm WELL AWARE THAT MOTU ISN'T MORE THAN A MYTHOLOGY MADE TO SELL TOYS AND THAT FILMATION MOTU WAS A 22 MINUTE TOY AD. But just because it started like that doesn't mean that it NEEDS TO BE DUMBED DOWN "for kids".
Kids can understand the duality of being a hero and having a "normal life". Kids can understand that having a great power requires having great responsibility. Kids can understand the idea of hard work and discipline leads to personal improvement. It seems as if these Focus groups lack the capacity of understanding children. Mattel thought kids would embrace "curvy Barbie" yet called her fat when the adults "weren't looking".
Kids are smarter than we think and they deserve better. Not only that, but MATTEL needs to RESPECT THEIR PROPERTIES. You know what happens when you don't respect your properties? Michael Bay happens.  Transformers Kiss Players happens. And yes, people can still argue that the core: " Autobots wage their battle to destroy the evil forces of the Decepticons" element is still there on Kiss Players or the Bay films.
"AlL yOu WaNt iS fIlMaTiOn 2.0"
Wrong. All I want is a MOTU that is good enough for kids and at the same time be easily identifiable as MOTU for old fans. This new take can possibly fulfill the first part, but not the second one.
I want them to fall in love with the brand I fell in love with... not with a clown pretending to be the brand I fell in love with.
Circling back to the cheeseburger analogy:
You can add onions, mushrooms and peppers to the patty. You can add cheeses and herbs to the bread dough to make the buns. You can use a different kind of cheese. You can switch the mustard and add horseradish to the ketchup. You can even swap the mayo for Japanese Mayo... You can even add a parmesan crisp to the concoction and it would still be a cheeseburger. Maybe even add lettuce, tomatoes and pickles to give it a slightly "fresher taste" with a slight zing with the veggies.
So, yeah, the show most likely will be good from all the technical areas. It has an amazing voice cast and good writers... my only issue is that on the only metric that truly matters to me, they already failed...
Posted by Nefty at 6:02 PM